I just saw Rob Zombies 31. I’ll cut the shit to the bone: it was awesome!!! This is a mix of the most Dangerous Game infused with the brilliance of Mr. Rob Zombie. Rob Zombie makes Rob Zombie movies.

31 is the return of brute horror. Zombie said he relishes the sleazy films of the 70’s. He loves it so much that he pays homage to the brand in all his films. He is the curator of the rotting wound that hides under the scab of modern horror.

In 31 he gives us a simple story. Carnies get kidnapped by a sadistic cult. They must survive the night. Boom. Done. It needs nothing more. Think about all the classic 70’s horror films. They are ultra simplistic in plot. It works.

What makes this film extra special is the simply awesome and deranged characters called Heads. The Top Gun is Doom-Head. This guy is one of my favorite RZ characters now! He’s filled with Twisted morals and poetic gutter dialogue. You love to hate him. 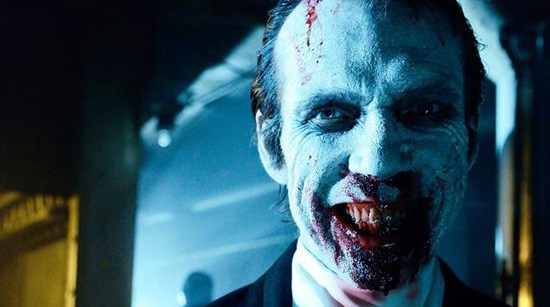 Everybody did a fantastic job in this movie. The soundtrack was awesome, the 70s score was fantastic, the editing was top knotch, the direction is perfect and the acting was great.
After a decade of Supernatural films it’s always nice to get a Rob Zombie experience. I implore everybody to witness this horror show. Remember that horror can only survive if you pay up when good horror is released.